Jason Burt who came from Hackney was aged just 17 years when he was killed on Mount Longdon in the early hours of Saturday 12 June 1982. He had joined B Coy 3 PARA from training less than four months before.

Despite understandable fears on the gruelling tab from Windy Gap to Teal Inlet and then Estancia, he hid his trench-foot from the 3 PARA MO on the eve of the battle and took his place on the startline.

He was first to Brian Milne when his platoon corporal stepped on a mine and B Coy’s intended silent approach to the Argentinian positions was destroyed.

In the wake of the battle, the available evidence put him with Sgt Ian McKay on the attempt to take out a 50-cal machinegun position that won his platoon sergeant a posthumous Victoria Cross. But, contrary to battalion records and subsequent media reports, he didn't fall there and was apparently the only one of McKay's party to return to his lines unwounded.

It was in the follow-up attack when, after answering Sgt Des Fuller's command for a combined 4 and 5 Platoon group to charge, he stumbled, climbed back to his feet and was killed by a 50-calibre machinegun round.

In the same moments, his friends Neil Grose and Ian Scrivens were also hit. Neil was mortally wounded and Ian was shot by a sniper trying to save him alongside Pte Jason ‘Tommy’ Thomas. Ian was also still 17 and Neil had celebrated his 18th birthday only the day before.

By Mark Higgitt on behalf of Jason's mother and father, Terry and Syd, and his brother Jarvis. RIP Jason. 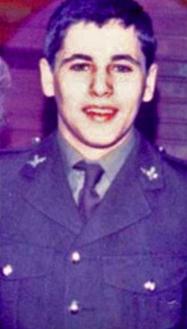