Jason Rawstron was born in Clayton-Le Moors, Lancashire and attended Morehead High School. In October 2005 he joined The Parachute Regiment.

Private Rawstron, known to friends as 'Suspect', completed his training at the Infantry Training Centre, Catterick in July 2006 and was posted to C (Bruneval) Company, 2 PARA.

Private Rawstron was killed in a gun battle with Taliban force forces near Forward Operating Base Gibraltar in Afghanistan on 12 September 2008, aged 23 years old.

His funeral service was conducted at All Saints Church, he was then laid to rest at Dill Hall Cemetery.

"Jason 'Suspect' Rawstron came to the platoon as part of the Assault Engineer Section. From the start I knew the platoon was onto a winner. Jason brought everything from humour to professionalism and diligence. I could rely on him to do anything as I knew it would get done."

"I remember a night on exercise in Otterburn when he was my 51mm Mortar man. I've never seen a bloke fall down so many holes in my life, but even then he remained cool and calm, and just cracked on as if nothing had happened. He was an inspiration to the Platoon, always cracking a joke, and always being there."

"On the ground in Afghanistan he was 100% reliable, always pointing things out. He was a pleasure to sit and have a brew and a fag with, he always reasoned with life in general. 'Suspect' you'll be sadly missed, my thoughts go out to your family and Michaela. Rest in Peace." 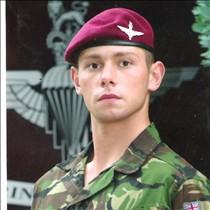