Jim Taylor served as a junior officer with the 7th Battalion Kings Own Scottish Borderers under the CANLOAN scheme during World War II. Although seriously wounded and taken POW at Arnhem, Jim survived and went onto serve for 34 years in the Canadian Army, retiring as Lieutenant Colonel.

Sadly, Jim was diagnosed with Non-Hodgkin's Lymphoma shortly after his pilgrimage to the 65th Arnhem commemorations and passed away on 5 January 2010. 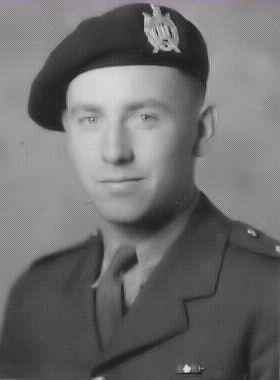