Brigadier James Ellery commanded The Life Guards, fully part of 5 Airborne Brigade (1988 – 1990). This role significantly enhanced firepower in the Brigade – as demonstrated during the Falklands War. He took 200 Officers & Soldiers through P Company, developing the TALO capability and Air Drop of Scimitar AFVs. The Life Guards earned their place in the Lead Parachute Battalion Group.

James Ellery served as a Life Guardsman for 34 years – in Great Britain, Northern Ireland, Oman (on secondment), with Deuzieme REP (French Paras) in Bosna-Herzogovina, as Head of the UN Mission in the Democratic Republic of Congo - and in Sierra Leone.

Thereafter, he served the Foreign Office and the United States Government in Iraq – and, more recently was the United Nations Regional Head in Southern Sudan, leading to their Independence.

In mid-1970s Ellery was ADC to Earl Mountbatten of Burma. He was appointed CBE (Operational) in 2000.

Too young(!) to serve in No 1 Guards Independent Parachute Company, he was privileged to take the Passing Out Parade of the new 6 (Guards) Platoon, 3PARA in 2001 (pictured). He is an active member of the Guards Parachute Association. 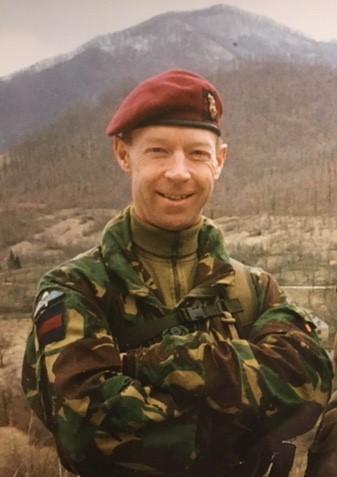