James Starkey was the son of Eva Starkey, of Leigh, Lancashire, enlisted into the Royal Army Medical Corps.

He qualified as a military parachutist on Course 137 at RAF Ringway on 9 to 23 October 1944 and was posted to 224 Parachute Field Ambulance and later attached to 12th Battalion, The Parachute Regiment.

Pte Starkey served with 12th Battalion in Ardennes and died on 5 January 1945. He is now buried at Hotton War Cemetery, Belgium. 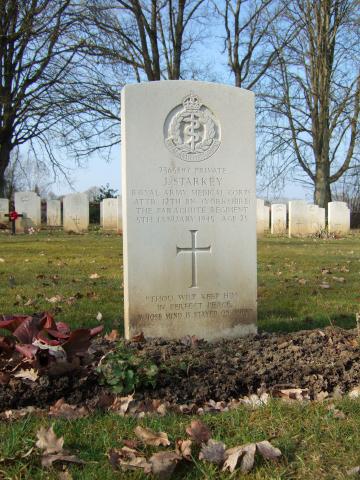