James Dodd was born in Northumberland in 1923, and worked with the London and North Eastern Railway as a clerk, before enlisting in the South Staffordshire Regiment in 1942.

Pte Dodd volunteered for The Parachute Regiment in late 1942 and in early 1943 was posted to the 21st Independent Parachute Company (21st Indep Para Coy). He served with the Company in the UK, North Africa and Italy.

The 1st Indep Pln was posted to Sicily and underwent pathfinder training with the United State's 52st Troop Carrier Wing.

Under Lieutenant Whiteaway, Lance-Corporal Dodd took part in Operation Dragoon in the South of France where he dropped from the third Pathfinder aircraft. The Platoon dropped accurately on the DZ and set out the markers and homing beacons. Once the Operation was completed, the Platoon parachuted into Megara, Greece, before marching to Athens.

After returning to the UK in 1945, the Platoon was disbanded. Corporal Dodd volunteered to rejoin the 21st Indep Para Coy, and served in Palestine until 1946, becoming Acting Company Sergeant Major.

In August 1946, Sergeant Dodd returned to the UK and trained new recruits at Aldershot.

After his demobilisation, James Dodd worked as a haulage man, later becoming a Colliery Agent Manager. He married Jean Margaret and had three children, Christopher, Jackie and Caroline. 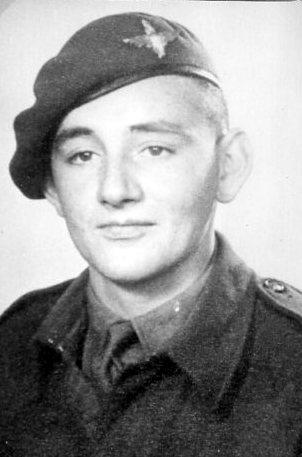