James Newell, who came from Rotherham in Yorkshire, initially joined The York and Lancaster Regiment in 1942, before volunteering for airborne forces in 1943.

His two brothers also served with The Parachute Regiment during World War II; his eldest brother, Harry, was killed in action while serving with the 4th Battalion and his youngest, Dave, joined the 8th Battalion.

Jim qualified as a military parachutist on course 89, which ran at RAF Ringway from 28 October to 9 November 1943. His instructor noted: 'Performance always above average'.

He took part in the Normandy, Ardennes and Rhine Crossing campaigns, and was discharged from the Army on the 13 September 1946.

Jim Newell died in 1983 and is now buried in Whiston Churchyard, Yorkshire. 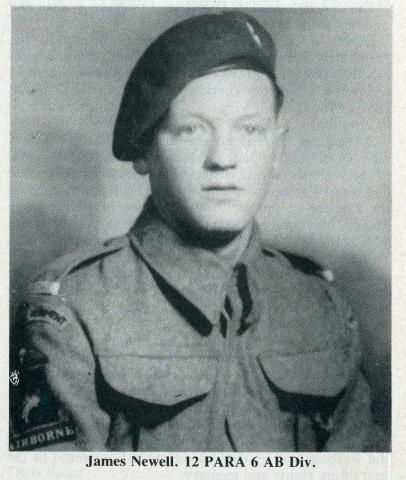