James Nash Gourlay was born in Greenlock, Scotland in 1918 and educated at Kelvinside and Edinburgh Academies. Having enlisted into The Royal Scots in July 1939, he was granted a commission into The Argyll and Sutherland Highlanders in October 1940. He married Sybil Edwards in 1941.

Lieutenant Gouray volunteered for airborne forces in 1942 and attended parachute training course number 10 at RAF Ringway from 16-27 March 1942. He was then posted to C Company. The 4th Parachute Battalion (4th Para Bn).

Temporary Captain Gouray was awarded a Military Cross for his actions on 30 January 1944, when he was tasked with capturing an enemy. He and his patrol located German sentries and crawled 200 yards before assaulting the position. They successfully took a Prisoner of War who provided valuable information. In the citation written by Lieutenant Colonel ‘Vic’ Coxen.

‘Throughout the action Capt Gourlay’s courage & determination & disregard of his personal safety enabled the patrol to inflict fatal casualties on the enemy & withdraw with the prisoner intact. I would add that this is the fourth occasion in the past two months that Capt Gourlay has led patrols that have both inflicted casualties and brought back prisoners in every case’

The notification of this award was printed in The London Gazette 4 May 1944.

Commanding Officer of C Company Temporary Major Gourlay MC emplaned in Rome onto a Dataka (No. 120) and jumped into Southern France in August 1944 as part of Operation Dragoon. Landing areas were cloaked in mist as well as hilly and steep, Maj Gourlay MC successfully landed on his designated Drop Zone (DZ).

In October 1944, Maj Gourlay MC went on Operation Manna with 4th Para Bn. The Company (Coy) of which he was Commanding Officer (C Company) was to drop into Greece as the advanced guard to the 2nd Independent Parachute Brigade. He jumped in high winds landing at the DZ at Megara airfield 40 miles from Athens. C Company suffered a 25% casualty rate and although very shaken Maj Gourlay MC and C Coy successfully carried out his task.

In June 1945 The London Gazette announce that Maj Gourlay MC had been award a Bar to the Military Cross.

Dated December 1944, the citation for this states:

‘Maj Gourlay has been an outstanding coy com in his bn for the last six months. He has carried out two airborne operations with this bde during this period and on each occasion he has shown outstanding leadership in the face of the enemy…. Maj Gourlay, by his high military qualities and disregard to his own personal safety, has not only been an inspiration to his coy, but to the whole bde.’ (the full citations can be viewed opposite)

In the April 1949 edition of Pegasus Journal, The 13th (Lancashire) Parachute Battalion (TA) welcomes Capt Gourlay MC as their new Adjutant. A role he fulfils until going to Malaya in January 1952.

Maj Gourlay MC returned to airborne forces in Aldershot in 1953, as Officer Commanding Depot Company until 2 November when he became Second-in-Command of the Parachute Regiment and Airborne Forces Depot.

In 1956 he was posted to Fort Bragg in North Carolina attached to The 82nd US Airborne Division, becoming the first Briton since 1775 to command an American Company. He was commended by the American General Commanding the 82nd US AB Div, who wrote:

‘Your outstanding performance of duty’ and ‘your military bearing and ability to achieve effective results endorse you as an invaluable officer of great credit to both the US and British Army.'

After his US Tour, Maj Gourlay MC took over as Officer Commanding Support Company, 2nd Battalion, The Parachute Regiment (2 PARA) in 1957.

Retiring from military service to live Derbyshire in 1958, Maj Gourlay MC became a chicken farmer and then a Public Relations Officer for JCB.

Dick Hargreaves joined the Territorial Army in May 1939 as a Fusilier in the 12th Battalion Royal Fusiliers, whilst working as a receptionist at the Berkeley Hotel, London, having served 20 months 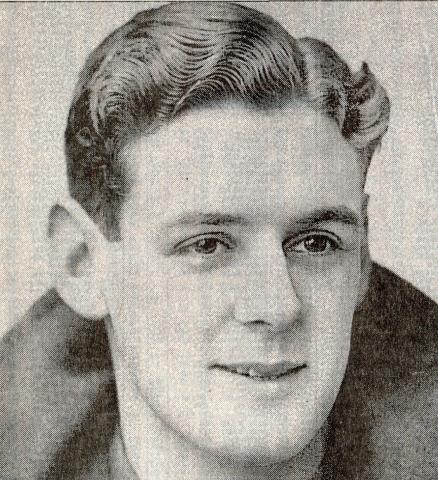