Lieutenant James Henry Woods was the son of Michael and Alice Woods, of Finchley, Middlesex.

He was granted an emergency commission with the Royal Artillery (RA) in April 1943 and served with 1st Airlanding Light Regiment, RA.

Lt Woods deployed with the regiment to Italy in September 1943 and remained there until it was withdrawn from the line in January 1944 to return to the UK, in preparation for the forthcoming campaign in north-west Europe.

He took part in the glider insertion to the Battle of Arnhem, during Op Market Garden, later that year.

If you are part of Lieutenant Woods' family and would like to complete this biography, you can apply to the curator to do so. To do this you will need to become a member of ParaData and select the 'friend or family member' option on the registration form. If you would like to find out more about becoming a member please visit our registration page. 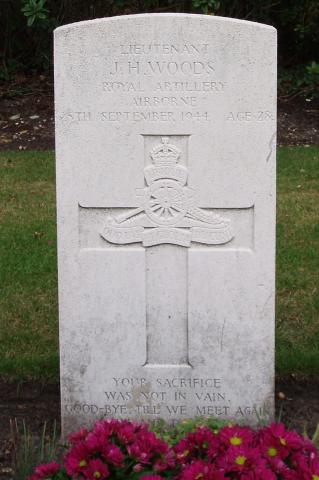