James Harry Nash, son of Harry and Mary Nash, of Cheltenham, Gloucestershire, enlisted into the Somerset Light Infantry in July 1940.

He then volunteered for airborne forces and trained as a Glider Pilot was posted to 1st Wing, The Glider Pilot Regiment. 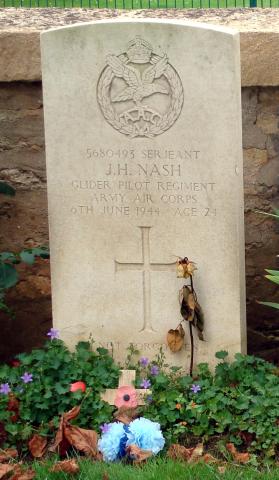