James A "Benny" Goodman of Nottingham, enlisted with The Parachute Regiment 17 April 1956.

James was a keen footballer. He once played for Aldershot town FC whilst he was stationed there.

He transferred to the Reserves after having plastic surgery performed by Sir Archibald McIndoe. 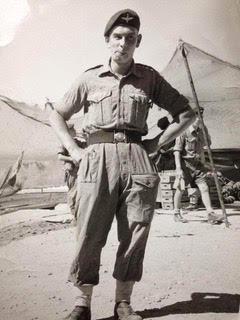