He undertook parachute training on No 3 Advanced Training Course at RAF Ringway, which ran from 21 to 29 January 1942.

Prior to deployment to North Africa for Operation Torch, Crabtree was serving with No 6 Section, 10 Platoon, T Company, 1 Para Bn.

He was killed in action on 26 February 1943, aged 24 years old, repulsing a major German attack at the Battle of Argoub. 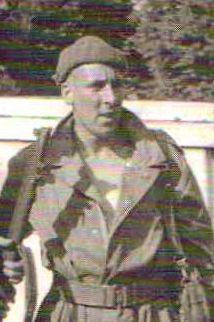