Sapper James Frank Blackburn was the son of Frank George and Annie Jane Blackburn, of Isleworth, Middlesex, and husband of Maisie Evelyn Blackburn. He served with 9th Field Company (Airborne) Royal Engineers and took part in the ill-fated Op Freshman mission to sabotage the German development of an atomic bomb at the Vermock Heavy Water plant in Norway.

Sapper Blackburn was amongst those killed whilst a Prisoner of War on 18 January 1943, aged 28 years old. Their bodies were finally recovered in August 1945 and Sapper Blackburn was buried with full military honours at Vestre Gravlund, Western Civil Cemetery in Oslo. 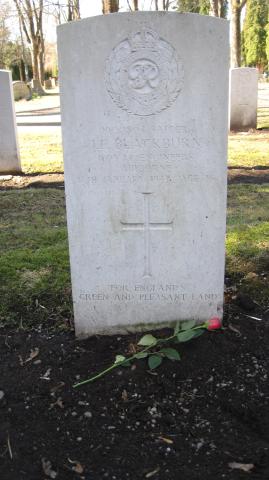