Jim Southwell originally joined the Army to serve with the Durham Light Infantry in 1942, before transferring to Airborne service as part of 6th (Royal Welch) Parachute Battalion.

He joined the 2nd Parachute Brigade actions in Italy. Taking part in Op Hasty in June 1944, Jim was captured and was initially held at POW camp Stalag VIIIB/344 near Lamsdorf, Poland. As Russian forces advanced into occupied Eastern Europe the camps were evacuated and Jim was among the forced march from the camp in January 1945 and ended up in a largely-American POW camp at Stalag XI-B in Bad Orb, north-west of Frankfurt, Germany.

Upon final release when the camp was liberated by US troops in early-April 1945, he was posted to the 1st Parachute Battalion and was subsequently travelled to Palestine, where he remained until he was finally demobilised in 1947. 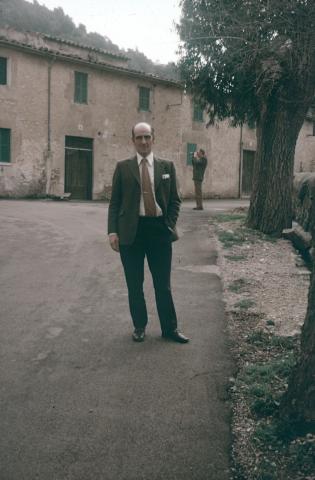