He volunteered for parachute duties and attended a short course for airlanding personnel, which started at RAF Ringway on 20 October 1942. He qualified as an airlanding parachutist by completing four descents.

L/Sgt Corcoran died, while on active service in the Italian campaign, on 3 October 1943, aged 31 years, and is now buried in Bari War Cemetery, Italy. 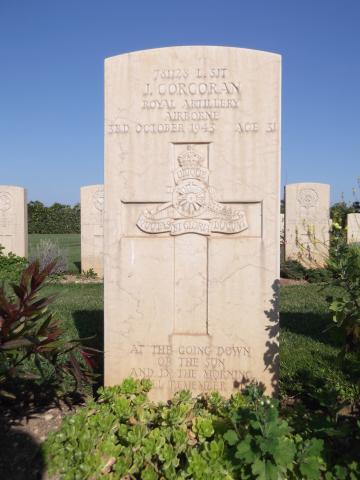