James Charles Hare enlisted into the General Service Corps in September 1944 before being transferred to The Durham Light Infantry.

After initially being posted to the DSAF Holding Company, he was posted to The 12th (Yorkshire) Parachute Battalion.

In April 1945 Pte Hare took part in the Rhine Crossing (Operation Varsity) and then the advance across Germany.

After the war in Europe ended the 12th Battalion accompanied 5th Parachute Brigade to the Far East between 1945-6. In 1946 it returned to Palestine to rejoin the 6th Airborne Division.

By Wendy George and Craig Royal 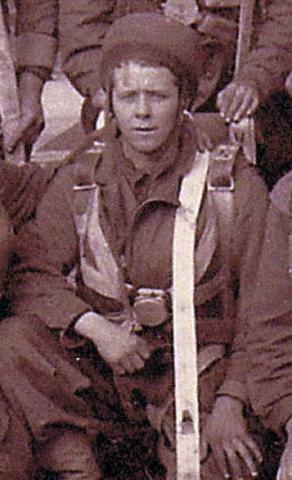