Lance Corporal James Baggaley, son of James and Jane Baggaley, of Dunston-on-Tyne, Co Durham, served with 3rd Parachute Battalion. He took part in the invasion of Sicily, during Op Husky. 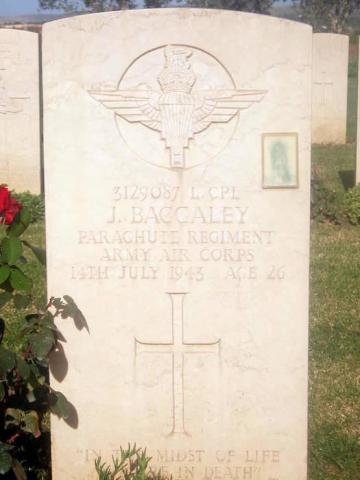