Charles 'Ivor' Jackson was commissioned as a Lieutenant into the Royal Tank Corps in 1925.

Following this Lieutenant Jackson was granted a temporary commission as a Flying Officer, upon secondment to the R.A.F., for four
years on the 16 th July 1927, and was posted to No 2 Flying Training School at Digby. [1]

Upon completion of his flying training Lt Jackson was posted to No 4 (Army Co-operation) Squadron. He remained
with this Squadron until 1931, when he returned to the Royal Tank Corps. However, he was again seconded for service with the R.A.F. on the 26th July 1936. [2]

He returned to the Army again two years later.

Upon being given the command of No 2 Commando, on the 3rd July 1940, he was promoted to
Lieutenant Colonel, but after he was replaced, on the 11th July 1941, it would appear he was reduced
to the rank of Major.

He was dismissed the service by a General Court Martial on the 20th October 1948. [3] 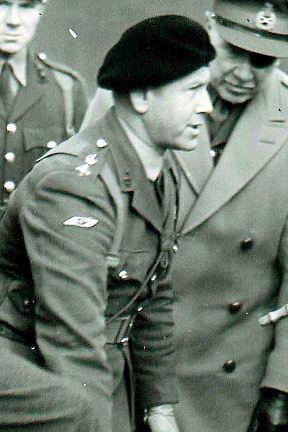