Ian Drew enlisted into the Army in 1959, initially serving with The York and Lancaster Regiment, before transferring in 1962 and serving with Support Company 2 PARA, until 1969.

Ian Drew later rose to the rank of Warrant Officer Class 1 in the Royal Army Ordnance Corps before being commissioned on 4 May 1982.

He retired from the Army on 19 September 1992, having reached the rank of Major. 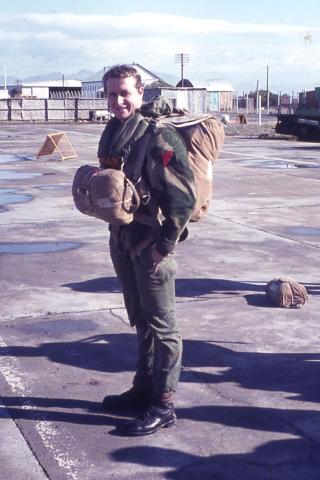