Serving in 211 Airlanding Light Battery RA, Captain Ward went by glider to Normandy D-Day landings on 6 June 1944. He was killed on 12 June 1944, aged 34 years old and is now buried at Breville Communal Cemetery, at Breville, near Caen, Normandy. 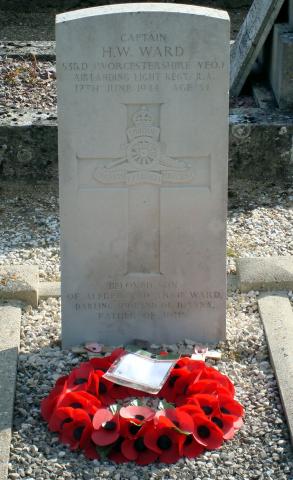