He joined The Parachute Regiment aged just 18 years at the end of World War II and qualified as a military parachutist on Course 164 which ran at RAF Ringway from 15 April to 2 June 1945.

Pte McKay later served with 5th (Scottish) Parachute Battalion in Palestine, and was killed, while unarmed, during an attack by members of the Stern Gang on the guard of a Divisional Car Park in Tel Aviv. (See account below.) 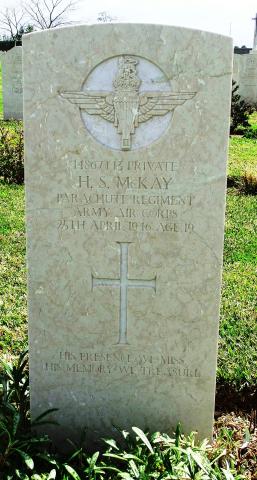