In 1941 he enlisted into the 70th Battalion of the Black Watch, where he trained as an infantry signaller. He volunteered for The Parachute Regiment in late 1941 and attended parachute training course number 15 at RAF Ringway in June 1942.

Private McWhinnie was posted to C Company, 2nd Parachute Battalion. In late 1942 he embarked for Africa, arriving in Algeria, and moving to Tunisia. He was wounded during at attack on the airfield at Oudna, and became a prisoner of war, being sent to a POW camp near Milan. Along with two friends, he escaped and returned to the UK in 1944.

After arriving home, he married Doris, his fiancée.

On returning to duty, Corporal McWhinnie was transferred to the Royal Engineers after failing his parachute service medical. He was discharged in 1946.

In 1947, Hugh McWhinnie and his family emigrated to the US, where he enlisted in the 82nd Airborne Division. He became an American citizen in 1951 and was commissioned in 1952.

2nd Lieutenant McWhinnie volunteered for service in the Korean War where he was assigned the role of G2 Air. He soon volunteered instead for a rifle company, serving as Platoon Leader to G Company, 7th Infantry Regiment.

After the Korean War, 1st Lieutenant McWhinnie was posted to Japan, and later to Munich. In later years he was assigned to the 7th Special Forces Group, and Liaison Officer with the 22nd SAS.

In 1970 he retired from the army, working for an arms company and continuing to travel.

He had three children with his wife Doris.

By Rebecca Blackburn with information supplied by The Armourer March 2011 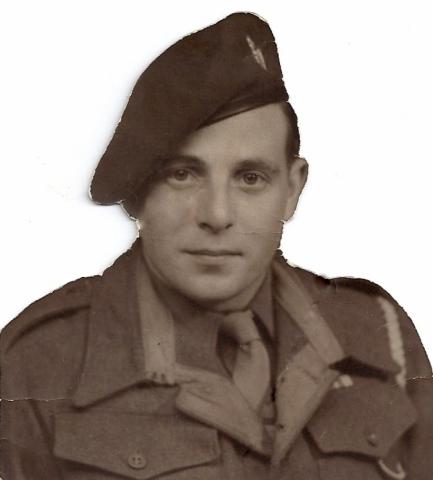