Corporal Hugh John Carter, born in 1915, was the son of James and Florence Emily Carter, of 10 Fields Road Newport in Wales. He initially served with 4th Battalion, The Monmouthshire Regiment and later volunteered for service with No 2 Commando.

On 19 November 1940, Corporal Carter became the 3rd fatality at Ringway when he plummeted to earth without his parachute opening. The snap hook at the end of his static line, which connected to the aircraft strop, had caught on the edge of the jumping hole of a converted Whitley bomber and been forced open. With his umbilical cord severed there was no way for the parachute to open and in those days the men did not carry reserves. The new Technical Development Unit designed and tested a modification to prevent a reoccurrence and a safety pin was fitted to all static line hooks to prevent the jaws accidentally opening.

He died, umarried, at the age of 25 and was interred on 26 November at St Woolos Cemetery, Newport, in a service conducted by Rev Griffiths.The funeral directors used for the service, Tovey Bros, still operate in Newport today. Corporal Carter now shares his plot with his father who died in December 1941 and was buried alongside him.

For more information see the extended history article on No 2 Commando. 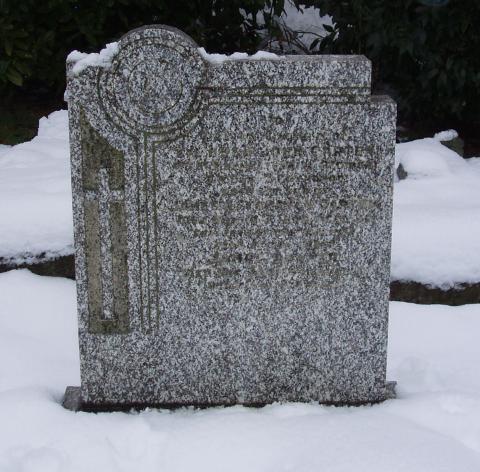