He originally enlisted with the Durham Light Infantry and it is not known when he transferred to the Border Regiment  although it seems likely that he may have transferred as a reinforcement to 1st (Airborne) Battalion when it was brought back to operational strength after the losses at Arnhem.

Pte Newby was amongst the troops sent to Norway as part of Op Doomsday to keep order and disarm the German forces in Norway in May 1945.He and twelve other members of the Signals and Pioneer Platoons of HQ Coy were flown to Norway in a Stirling Mk V LK146 of 1096 Squadron RAF on 10 May 1945. The aircraft crashed in fog enroute to Gardemoen airfield, 30 miles north-north-east of Oslo.

As the majority of the Battalion had been turned back to the UK due to the adverse weather conditions, the bodies were not recovered until the 23May. With the whole Battalion now successfully deployed to Norway, Captain Bill Baldcock, Reverend John Rowell and a small party of men from S Company were dispatched to recover the bodies. They meticulously searched the wreckage of the plane almost completely pulling it apart to ensure that all of the bodies were recovered. Once this task was complete each body was carefully sewn into a blanket and buried in a small local Cemetery that the party had prepared near to the crash site, with the Padre performing the burial service.

Private Newby was amongst those killed instantly in the crash on 10 May 1945. He is now buried along with all other Border Regiment soldiers killed in the crash at Western Civil Cemetery, Oslo, Norway where the casualties were later reinterred.

Compiled with assistance from Phil Jennett. 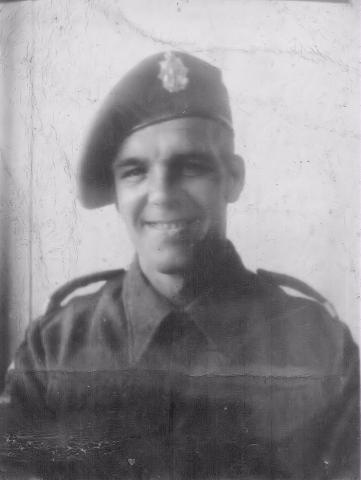