Colonel Hilaro Nelson Barlow OBE served as the commanding officer of 7th (Light Infantry) Parachute Battalion from its formation in 1942 (transferring from the Somerset Light Infantry) until  February 1944 when he was promoted  to Second-in-Command of 1st Airlanding Brigade. He was temporarily attached as Deputy Commander of 6th Airlanding Brigade in Normandy from 30 June to 19 July 1944.

He later took part in Operation Market Garden at Arnhem and briefly took command of  1st Airlanding Brigade when Maj Gen Urquhart became cut off from his troops.

Hilaro Barlow was killed by a mortar shell when he was sent forward to take command of 1st Parachute Brigade and co-ordinate an advance to the bridge. His body was never positively identified.

Colonel Barlow died on 19 September 1944, aged  37 years, and he is now commemorated on the Groesbeek Canadian War Cemetery Memorial, in the Netherlands.

Please click on a link below for further details:

Hilaro Barlow served as a Captain in the 2nd Somerset Light Infantry before the war. 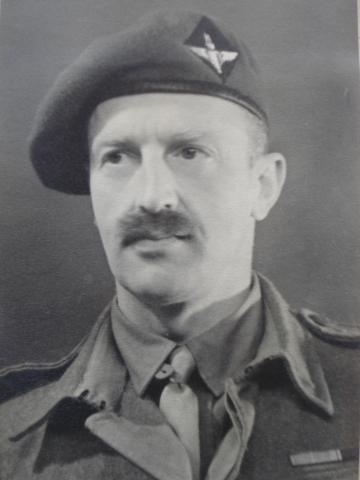