Sergeant Herbert William Woodward was the son of Albert Joseph and Mary Ann Woodward, and the husband of Doris Woodward, of Wantage, Berkshire. He served with 2nd (Airborne) Battalion, Ox and Bucks Light Infantry during World War II.

Some of battalion were attached to the Defence Platoon of HQ 1st Airborne Division and in September 1944, Sgt Woodward acted as the Platoon Sergeant when he took part in the Battle of Arnhem, during Op Market Garden. One of the few from 1st Airborne Division to escape from the battle, he remained with the Divisional Defence Platoon and in early May 1945, was amongst the troops sent to Norway as part of Op Doomsday to keep order and disarm the German forces in the region. 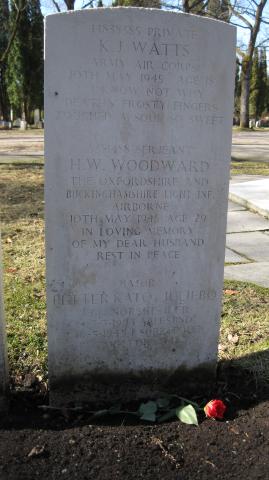