The Battalion acted as a spearhead unit in the Normandy landings, as part of the 6th Airlanding Brigade, 6th Airborne Division. Elements of the Battalion (D Coy and parts of B Coy) formed a Coup de Main force, tasked with an attack on the bridges over the River Orne and adjacent Canal in Normandy (subsequently known as the attack on Pegasus Bridge). The remainder of the Battalion landed at LZ-W late on the evening of D Day.

The Battalion became heavily engaged with the enemy the following day in Escoville and eventually adopted defensive positions in Herouvillette , which it maintained against enemy attacks until 13 June.

On 13 June the Battalion took up new positions at St Come, in support of the attack on Breville. Over the next few days the Battalion sent out fighting patrols from its positions to harass the enemy and initially suffered some casualties from mortar and shell fire. 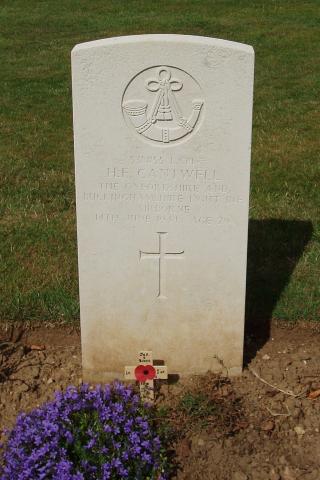