Lieutenant Herbert Denham 'Den' Brotheridge was the son of Herbert Charles and Lilian Brotheridge, of Smethwick, Staffordshire, and the husband of Maggie Brotheridge, also of Smethwick. He was granted an emergency commission, after completing officer training, on 4 July 1942.

Lt Brotheridge served with 2nd (Airborne) Battalion, Ox and Bucks Light Infantry and took part in the glider landings to seize 'Pegasus Bridge' during Operation Overlord on the night of 5-6 June 1944.

Brotheridge played a key part during the assault on the Bridge. He suffered fatal injuries while dropping a grenade into an enemy machine gun post and is, according to some records, classed as the first allied soldier to die in the allied invasion of mainland Europe (see graveyard photographs). Although recommended for a DSO his actions were eventually recognised by a Mention in Despatches which was confirmed in the London Gazette on 28 September 1944. The citation reads:

"Lieutenant Brotheridge's Company was selected to take part in a coup de main assault by glider to seize the bridge over the Caen Canal at Bénouville on 6th June 1944. His glider crash landed close to strong enemy defences and some of the men were too stunned to get out quickly. Lieutenant Brotheridge, however, rallied the remainder and led them over the bridge in the face of superior numbers of enemy who were entrenched on the far bank with machine guns sited to fire on the bridge itself. Lieutenant Brotheridge showed the highest qualities of leadership and bravery and his outstanding example and dash was responsible for getting his men across and seizing the bridge intact - a vital factor in the success of the airborne plan." 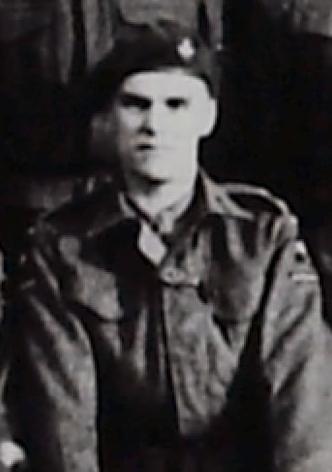