Herbert Alexander Covey enlisted into the General Service Corps and volunteered for airborne forces in May 1945. Private ‘Alec’ Covey qualified as a military parachutist on course 169 which ran at RAF Ringway from 25 June to 12 July 1945. The course report shows; ‘Pte Covey: Hard working and cheerful. Some powers of leadership.’ He was initially posted to a reserve battalion and then the 1st Battalion, The Parachute Regiment (1st Para Bn).

From The Pegasus Journal July 1974.

A sad loss to the Army Air Corps and Airborne Forces has occurred by the sudden death of WO2 Covey, RQMS, of 664 Parachute Sqn Army Air Corps. Alec Covey died after a short illness in March, at the age of 46, whilst serving in Northern Ireland with 664 Sqn.

After enlisting in the Parachute Regt in October, 1944, he served with 1st Battalion in various parts of the world including Palestine. He was at one time a parachute jumping instructor with 11 PARA (V), and was also selected for an exchange tour with US Airborne Forces. After a spell as CSM, Junior PARA, he joined 664 Sqn in May, 1970.

Alec Covey will be remembered, amongst other things, for his keen interest in sporting activities -he ran and trained football teams in several units. His death came as a blow to all who knew him, particularly 664 Sqn.

Our sympathy is extended to Mrs Covey, his son and his daughter.

If you are part of Warrant Officer Class 2 Covey's family and would like to complete this biography, you can apply to the curator to do so. To do this you will need to become a member of ParaData and select the 'friend or family member' option on the registration form. If you would like to find out more about becoming a member please visit our registration page. 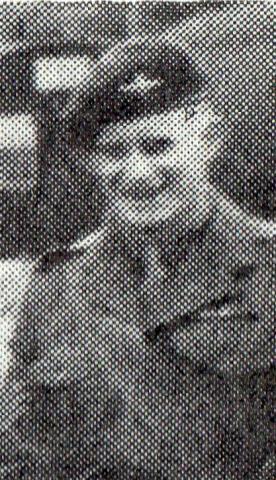