Henry Raymond Thomas 'Tommy' Tucker enlisted into the Royal Artillery on 16 October 1939 and within two weeks had married his sweetheart, Betty Bowers, on 28 October.

In April 1940 his unit was sent to form part of the British Expeditionary Force and fought in the Battle of France until evacuated through Dunkirk back to England on 2 June.

By the end of June he had been posted to 53rd Anti-Tank Regiment and served on home duties with the unit until it was converted to an airborne role in November 1943 and redesignated The 53rd (Worcester Yeomanry) Anti-Tank Regiment with 210, 211 and 212 Batteries as Airlanding Light Batteries armed primarily with 75mm Pack Howitzers.

By the time that the unit was converted to its airborne role he had been promoted to Lance Sergeant.

L/Sgt Tucker went into action with 211 Battery by glider from RAF Fairford, passing over Bulford camp at approximately 20.00 hours towed by Stirling aircraft, and by 21:30 hours had landed in France.

The Battery primarily supported the Commando Special Service Brigades until the remainder of the Regiment joined up with them between 13 and 15 June.

Later in the month on 24th June, around 22:00 hours, 211 Battery's gun positions were shelled by the enemy from the south resulting in 2 casualties, one of whom was L/ Sgt Tucker. Seriously wounded, he was evacuated back to the UK on 28 June and took no further part in the war.

As a result of his injuries L/Sgt Tucker was discharged from the Army on 30 January 1945 having served 5 years and 107 days.

Compiled by ParaData Editor (HG) with the assistance of Lesley Beard and Tom Jacobs. 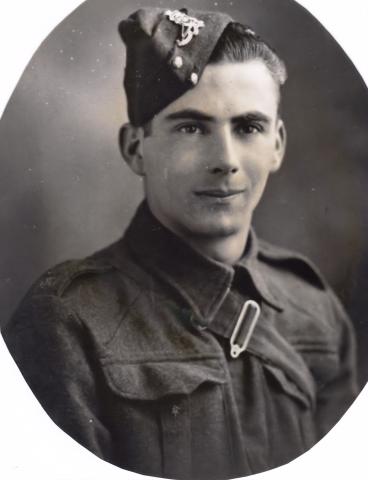