Henry Quinn enlisted into the General Service Corps and was then posted to the Gordon Highlanders.

Private Quinn volunteered for airborne forces in February 1943 and attended parachute training course No 58 which ran at RAF Ringway from 29 March to 11 April 1943. The course was attended by 168 trainees who only had one week together at Hardwick Hall before their transfer to Ringway. Pte Quinn completed the 8 jumps necessary to qualify and was posted to 2 Platoon, A Company, 5th (Scottish) Parachute Battalion.

He then took part in the Italian campaign, during late 1943.

Private Quinn died on 14 December 1943, aged 20 years old. He was originally given a field burial and was later re-interned on 24 July 1944 at Sangro River War Cemetery, near Taranto, Italy. 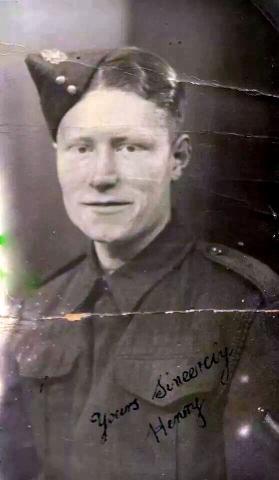