Henry Hall was the son of James Henry and Nellie Hall and husband of Joan Hall, of Brampton, Derbyshire.

He was enlisted into the Royal Artillery and later served with 53rd Airlanding Light Regiment, volunteering for parachute training in late 1943.

Gunner Hall was killed in action on the first day of the operation on 5 June 1944, aged 23 years old, and is now buried at Ranville Churchyard, Calvados, France. 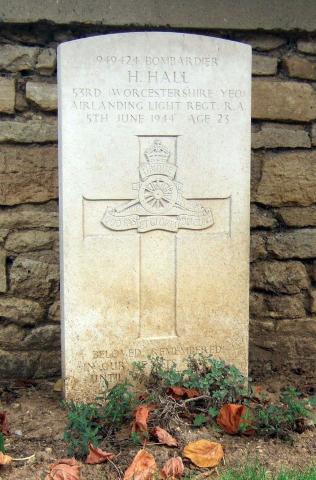