Henry Charles Matkin son of Henry John and Helen Matkin, enlisted into the Cameron Highlanders before volunteering for airborne forces.

He successfully completed his training at Ringway on 11 January 1942 and was posted to the Reserve Battalion before being transferred to C Company, 2nd Battalion, The Parachute Regiment.

He was part of Operation Biting, the Bruneval Raid and jumped in at night as part of Nelson Section. Pte Matkin successfully returned by sea with the majority of the raining party.

L/Cpl Matkin went on to serve in North Africa, were he was killed on 30 November 1942 and he is now commemorated at Medjez-El-Bab War Memorial, Tunisia. 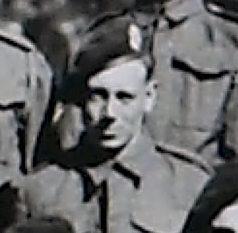