Henri Fitzgerald Turpin was the son of John and Avice Mary Turpin, of Limerick, Irish Republic.

Lt Turpin was killed in action on the 17 April 1945 and is now buried in Hanover War Cemetery, Germany. 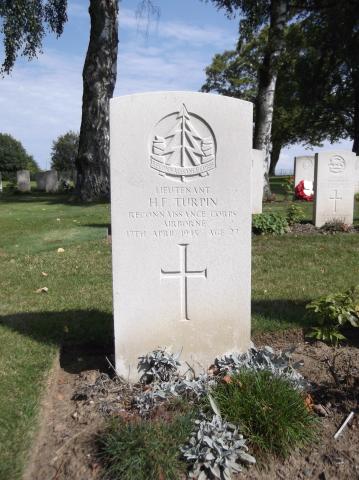