Harry Sweatman, who came from Cheshire, was the son of William and Agnes Sweatman.

His service with the Royal Army Medical Corps during World War II included a posting to 127 Parachute Field Ambulance, and he took part in the amphibious landings in Italy during September 1943 onboard a mine layer, HMS Abdiel. Unfortunately, it struck a mine in Taranto Harbour causing significant casualties and loss of life, including Pte Sweatman.

The Sinking of HMS Abdiel September 1943 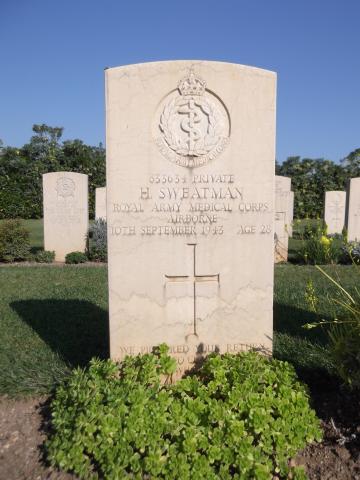