Harry Robert Hulett was born in Stoke Newington, London, to Harry and Matilda.

He worked with his father as a builder before joining the army.

Private Hulett was posted to B Company, 2nd Battalion South Staffordshire Regiment, 1st Airlanding Brigade. The Brigade participated in the invasion of Sicily and Italy in 1943, before returning to the UK to prepare for the D-Day landings.

In September 1944 the Brigade landed by glider in Arnhem and Oosterbeek, where Lance Corporal Hulett was killed on 20 September. He was 25 years old.

Lance Corporal Hulett was temporarily buried in the front garden of a house in the Ploegseweg near the Van Hofwegen laundry, before being reburied at Oosterbeek War Cemetery. 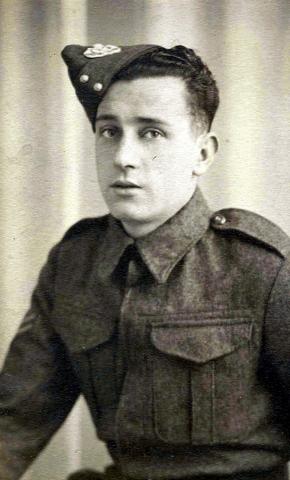