Harry Pexton was a painter and decorator by trade but enjoyed athletic activities and keeping fit.

Upon the outbreak of the Second World War, Harry was called up and joined the North Staffordshire Regiment in March 1940.

Finding regular regimental life less than challenging, Harry volunteered for "special duties" in June 1940 and attended an interview where the officer decided he could join the "Airborne Commandos".  Upon enquiring what this was, Harry was somewhat concerned to hear it involved jumping out of aeroplanes!  The actual unit he was joining was No 2 Commando, renamed 11 Special Air Service Battalion in November of that year.

Harry, by now a L/Cpl, completed his parachute training at RAF Ringway and continued rigorous military training, including the commandeering of HRH the Crown Prince of Norways staff car during one exercise in December 1940, to assault a target.  A fine example of "Airborne Initiative"!

Towards the end of 1940 at a meeting in London, a decision was taken to attack the Tragino Aquaduct in Southern Italy.  It was hoped this would disrupt the water supply to several Italian harbours being used to embark troops for North Africa.

The operation was assigned to 11 SAS and Volunteers were called for by asking the men to step forward, at which point the whole unit stepped forward, including Harry.  The volunteers were named X Troop 11 SAS and they began extensive training for the operation.  Harry remembered Lieutenant Deane-Drummond encouraging the men by promising half a crown if they could best him in a run.  Harry did just that, but as events occurred, it wasnt until the year 2000 that Tony Deane-Drummond sent Harry a half crown to celebrate the anniversary of the operation!

After this period of intense training X Troop moved to Malta where they were flown to the target aboard Whitley Bombers on the night of 10 February 1941.  Harry remembers landing in a tree just a few feet off the ground.

Unfortunately much of the equipment required was dropped in the wrong location and those that made it to the aquaduct used what they could to cause as much damage as possible.  The Troop then split into 4 groups to make their way to the designated rendevous some 60 miles away on the coast where they supposed to be met by the submarine HMS Triumph.

Unfortunately, on the 3rd day of this escape and evaision operation, Harry and his group were apprehended, after local facists and Italian forces used civilians from a nearby village as human shields to block the groups path.

Harry was initially interned in Campo 78 before being moved to Stalag 11A in Germany, after Allied forces landed in Italy in 1943, where he spent the rest of the war until liberated in 1945 by advancing Allied forces.

Harry was demobbed in 1946 and returned to Manchester to continue his career as a painter. He was happily married for many years to his wife Kath and they had four children together.

Harry Pexton died on Friday 15 July 2016 aged 99 years, he was the last survivor of Operation Colossus (The Tragino Aqueduct). 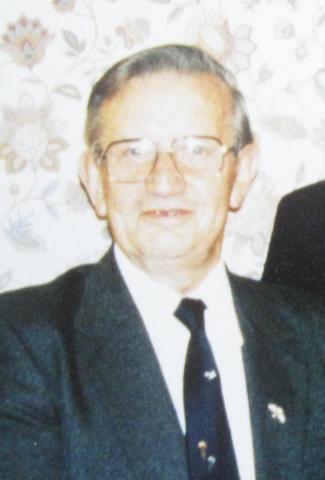