Harry Meckin enlisted into the Royal Artillery and later volunteered for airborne forces.

Private Meckin and qualified as a military parachutist on course 124 which ran at RAF Ringway in July 1944. He was then posted to 6 Platoon, B Company, The 7th (Light Infantry) Parachute Battalion.

Pte Meckin went on the Ardennes Campaign and then on Operation Varsity (Rhine Crossing). He was awarded a Military Medal for his action on the night of 27/28 March 1945. His citation reads:

‘On the night of 27/28 Mar, this soldier was one of a patrol sent out to destroy a concentration of enemy quick firing guns. The patrol set out from behind the enemy lines.

The Patrol; was completely successful. Pte Meckin showed the greatest dash and courage, and was always to the fore during the assault. As the patrol was clearing gun sites, a more distant gun opened fire on the scene of action. Pte Meckin promptly attacked the crew of the enemy gun nearby, and himself killed a number of them. He then turned their gun onto the more distant gun, and destroyed it.

His devotion to duty during this action was outstanding, and played a large part in the patrol’s success.’

Pte Meckin then went on the Advance to the Baltic. B Company 7th Para Bn suffered particularly heavy casualties just one month before of the end of the war in Europe at Wunstorf and Neustadt on 7/8 April 1945.

Once the war in Europe ended Pte Meckin MM was posted to the Far East and then to Palestine. 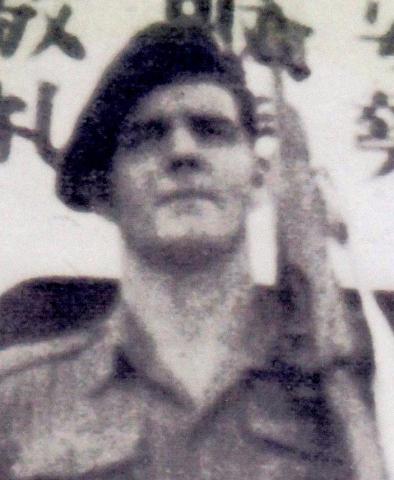