Driver Harry Humphreys qualified as a military parachutist on Course 110 which ran at RAF Ringway from 3 to 14 April 1944 and served with No 1 Parachute Platoon, 716 (Airborne) Light Composite Company RASC.

He took part in Operation Varsity, the Rhine Crossing in March 1945, departing from Woodbridge airfield in Horsa Glider 272.

After Operation Varsity he was part of 6 Airborne Division’s fighting advance to Wismar, east of Lubeck where they met up with the Russian vanguard.

Compiled with the assistance of John Ward 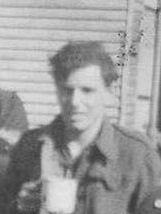