Harry Cast, the son of Henry and Elizabeth Cast, was born and raised in Nottingham.

He was enlisted into The Sherwood Foresters (Nottinghamshire and Derbyshire Regiment) during World War II and later volunteered for The Parachute Regiment in 1943.

Harry qualified as a military parachutist on course 71 which ran at RAF Ringway in July 1943. The course instructors' records noted that he 'will improve with experience. Landings tense.' He was initially sent to the Holding Company and later posted to 7 Platoon, S Company, 1st Parachute Battalion, which formed part of the 1st Airborne Division.

Harry was deployed to Italy later that year, landing at Taranto in October 1943, to assist in liberating southern Italy from German occupation. He returned to the UK with 1st Airborne Division in December in preparation for the eventual liberation of North-West Europe in 1944.

His next operation did not take place until September 1944, when he was deployed as part of 1st Airborne Division's mission to capture the Rhine river crossings at Arnhem during Operation Market Garden. Harry's battalion parachuted into Holland on Sunday 17 September onto Drop Zone (DZ) X close to Wolfheze, around 10 kms from the bridges they were expected to capture and hold. Events did not go smoothly for Harry's battalion which encountered heavy German resistance shortly after leaving the DZ, north of Wolfheze on the Sunday afternoon.

Major Timothy's R Company, of 1st Parachute Battalion, held the Germans at bay while the reminder of the battalion, including Harry, tried to advance towards Arnhem. Harry was killed the following day, on the Utrechtseweg, Oosterbeek, as the battalion moved towards Arnhem.

Pte Harry Cast was killed in action on 18 September 1944, aged 21 years. He was initially given a field burial in the garden of 'De Vergarde' house at 33 Utrechtseweg, and was later buried at the Commonwealth War Graves Cemetery at Oosterbeek. 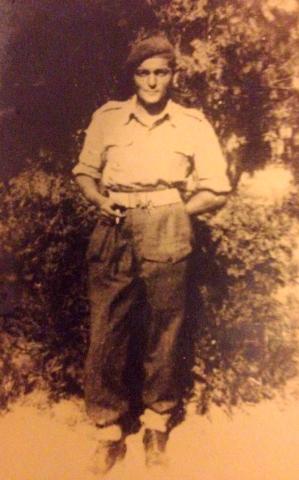