Second Lieutenant Gwilym Rees Edwards was the son of the Revd. Lewis Edwards and Myfanwy Rees Edwards of Bangor, Caernarvonshire. After passing through the Officer Cadet Training Unit (OCTU) he was commissioned into the Royal Welch Fusiliers (RWF) on 26 June 1941 and served with 10th Battalion RWF.

The 10th Battalion RWF was selected to convert to a parachute battalion in 1942 in an effort to speed up the expansion of the British Airborne Forces. Accordingly, 10 officers and 222 other ranks from the Royal Welch Fusiliers, including Lt Edwards, attended Parachute Training Course 23 at RAF Ringway which began on Monday 17 August 1942.

It was the first occasion on which a large proportion of the trainees were drawn from a battalion which had been turned over to parachuting more or less en bloc, unlike previous courses which had exclusively comprised of volunteers.

The training school was also asked to carry out the required training in the shortest possible time frame. As a result the ground training and 7 parachute descents for nearly 300 men were scheduled over just five days.

The weather conditions were unusually treacherous for August and a fair wind concealed turbulent air currents which were difficult for pupils to counter. The casualty rate on the course was approximately 10%, including two fatalities one of whom was Lt Edwards on his third jump. Records indicate he somersaulted shortly after exit and got badly tangled in his rigging lines. 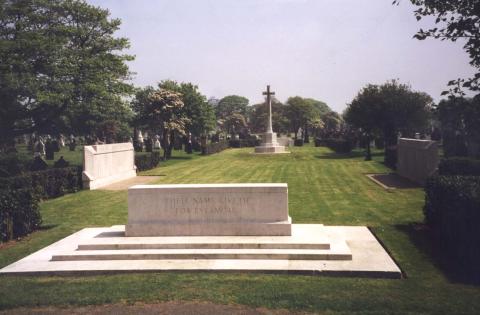