Graham Scopes served in the Royal Artillery prior to volunteering for service with The Parachute Regiment during World War II.

He qualified as a military parachutist on course 74, which ran at RAF Ringway from 23 July to 3 August 1943. He was posted as a reinforcement to A Company, 2nd Parachute Battalion and took part in the Italian campaign later that year.

Scopes deployed with the battalion for Operation Market Garden in September 1944, as part of the divisional assault to capture the river crossings at Arnhem.

As a member of Sgt Neville Ashley's section in No 1 Platoon, Scopes took part in the assault to capture  the road bridge led by Lt Col John Frost. After several days hard fighting, Sgt Neville Ashley's section was out of ammunition. He withdrew the five remaining men of his section, including Scopes, into a store room built into the abutment of the bridge on Wednesday 20 September. German troops continued to attack their position and they were taken as prisoners of war. 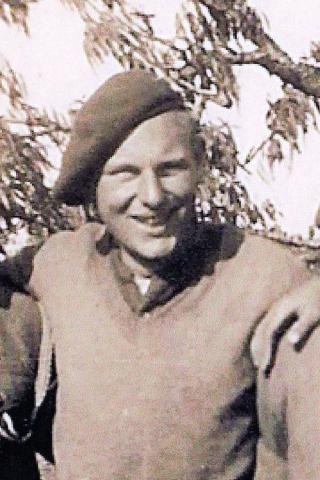