Gordon Royle was the son of Albert and Christina Royle, of Stretford, Lancashire.

He was granted an emergency commission with the Royal Corps of Signals in June 1943 and volunteered for airborne forces later that year.

Royle qualified as a military parachutist on course 76, which ran at RAF Ringway from 2 August to 13 September 1943. There was one fatality on the course. The course instructors’ notes record that Royle was “an excellent type of officer and good jumper.”

He subsequently served with No 2 Company, 6th Airborne Divisional Signals, as the second in command of K Section which provided signal communications for the 5th Parachute Brigade.

Royle parachuted into Normandy as part of the spearhead force ahead of the main landings to liberate France from German occupation in June 1944. Unfortunately he was killed shortly after landing on the drop zone. 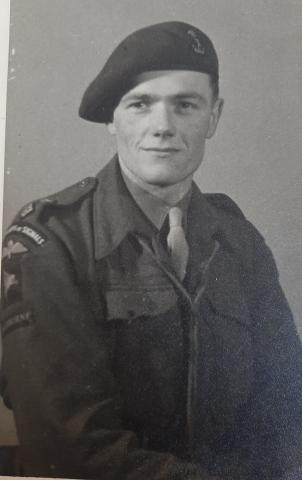