Gordon Eaton Jenkins was born on 6 May 1911 in Cardiff.

Corporal Jenkins was posted to the 1st Airborne Division in 1941 and served in HQ Company of the Royal Army Ordnance Corps (RAOC). He saw active service in Arnhem and Normandy as a Brigade Ordnance Warrant Officer, and was made a Member of the British Empire, which was announced in the London Gazette on 1 January 1946:

Sub Conductor Jenkins first came to this Division as a Corporal in December 1941, later becoming Brigade Ordnance Warrant Officer (BOWO) in May 1943 and Chief Clerk to Assistant Director of Ordnance Services in January 1944, which position he has held to this date.

During this period the Division has mobilised three times and that each mobilisation has been successful has been largely due to the close and arduous attention which Sub Conductor Jenkins has given to the very specialised Ordnance Airborne equipment.

He was with the Division at Arnhem, eventually returning as an evader some six weeks after the operation finished, thereby setting a fine example in the resurrecting of the Division after that operation.

WO1 Jenkins flew into Arnhem in a glider in the second lift, sharing his glider with WO1 F Eastwood, as well as a jeep and trailer. The glider was hit by flak, which severed the tow rope, forcing the glider pilot to land in a field south west of Nijmengen. Coming under mortar fire on the ground, they were forced to abandon the glider and supplies.

WO1 Jenkins and his companions spent the day evading Germans, and on finding their way to Arnhem blocked by a canal, spent the night in a haystack. Unsure of their location and that of the Germans, the Warrant Officers and Glider pilots spent the day scavenging for food and water, their most immediate problem being regaining access to the haystack where they were sheltering. The pole they had been using as a ladder had fallen down, and unwilling to replace it and draw attention to the haystack, they resorted to climbing on the back of a horse and then into the haystack.

After a week, the four men approached a Dutch family and were taken to the village Den Dugen and hidden in the sewers. They were liberated in late October 1944, and joined in celebrations with the villagers.

Sub Conductor Jenkins then served in Norway, in 1945.

On 9th May 1945, 1st Airborne Division commenced to fly in to Norway at extremely short notice to operate as Norway Command for the administration of the whole country. Sub Conductor Jenkins as Ordnance Chief Clerk at Norway Command had, with a very limited staff indeed, a tremendous amount of work and thinking to do to assist in the immediate problem of laying on Ordnance Services from Great Britain and the controlling of captured enemy ordnance stores in six zones or districts varying in distance from Oslo between 50 miles and 1,000 miles with road communications impossible at that time of year. His shrewd thinking and imperturbable method of approach to every problem were of the greatest value, enabling greater results to be obtained than could otherwise have been hoped for with the very limited staffs available till the main parties arrived.

During his whole time with the Division he has always been a great asset to those he worked for, and for those who worked for him, his natural qualities of leadership and devotion to duty have invariably been responsible for increased efficiency.

(Courtesy of The London Gazette 1 January 1946)

By Rebecca Blackburn with information supplied by The London Gazette and Frank Steer. 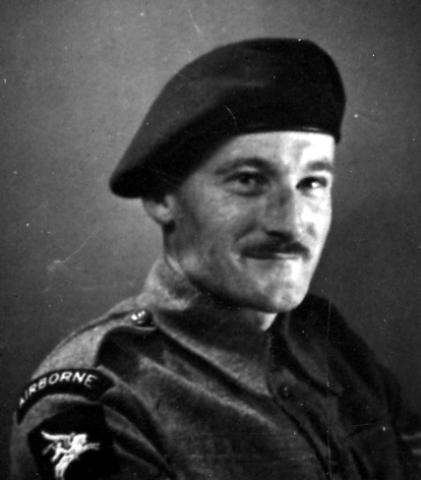