Private Gilbert Anderson was the son of Thomas and Elizabeth Anderson, of Blackpool, Lancashire.

He volunteered for airborne forces during World War II and transferred from The Lancashire Fusiliers in 1943.

He was later posted to 11th Parachute Battalion and took part in the Battle of Arnhem, during Operation Market Garden.

Private Anderson died on 25 September 1944, aged 21 years old, and is now commemorated on the Memorial at Groesbeek Canadian War Cemetery, near Nijmegen. 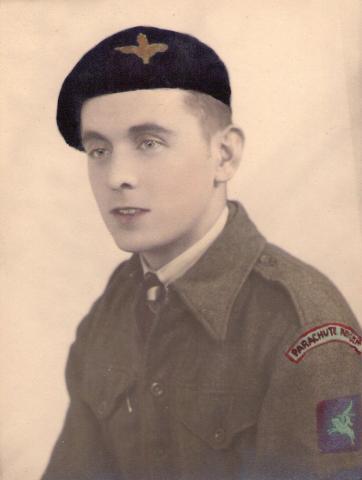