George William Winder served with the 10th (East Riding Yeomanry) Battalion of the Green Howards until 1943 when the 12th (Yorkshire) Parachute Battalion was formed from the unit.

Private Winder attended Parachute Training course No 69 at RAF Ringway between 21 June and 1 July 1943. His course report states that he ‘Worked hard and jumped well and confidently.’

Pte Winder served in Normandy on Opereation Overlord and the Ardennes, the Rhine Crossing and on the Advance to the Baltic.

After the war in Europe ended the 12th Battalion accompanied 5th Parachute Brigade to the Far East between 1945-6. In 1946 it returned to Palestine to rejoin the 6th Airborne Division. Pte Winder was demobbed in November 1946. 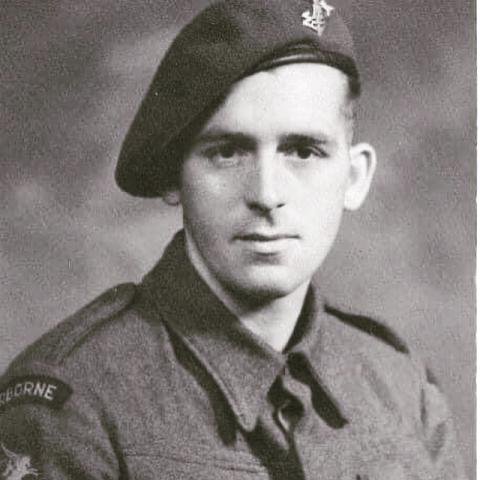