George Pelling was the son of Arthur and Elizabeth Pelling, and brother to Walter Pelling.

George enlisted into the Ox and Bucks Regiment two days before War broke out, and served seven months in India. When he returned to England from India, the Regiment became the 2nd (Airborne) Battalion, Ox and Bucks Light Infantry, a Glider Battalion.

In 1944-5, George took part in the Ardennes Campaign around Bure with the 6th Airborne Division. His brother Walter, in the 13th Parachute Battalion, was also in this battle. The brothers never met on the battle field, and Walter was killed.

By Rebecca Blackburn with information supplied by Peter Wildblood 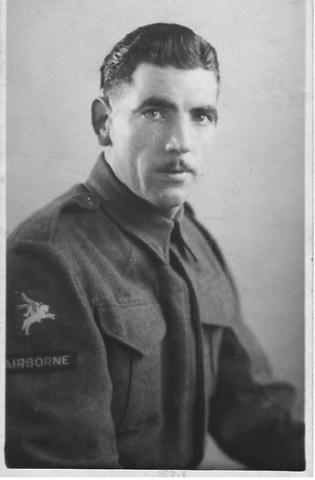