Lieutenant George Norman Austin was the son of Robert Blacow and May Austin, of St Anne's, Lytham St Anne's in Lancashire. He began his military service with the Royal Artillery, and was commended for an Act of Gallantry on 27 August 1942. 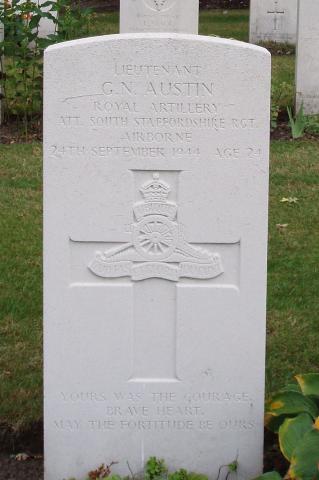