Lance Corporal George 'Harry' Mitchell was the son the Mary Mitchell, and husband of Lucy Ann Mitchell, of Beckenham, Kent.

He was enlisted into The Royal Artillery and volunteered for airborne forces, qualifying as a military parachutist on  Course 100 which ran at RAF Ringway from 24 January to 5 February 1944.

He was in Sergeant Cocking's section and held a house at the junction of the Utrechtseweg and Annastraat in Oosterbeek. The Germans used self propelled guns and tanks to destroy the houses held by No 3 Platoon and when the order came to withdraw, Harry Mitchell, Pte Alletson and Pte Hobbs left through the back door and raced across the lane into the back garden of a house on the opposite side. where he was shot. It is presumed Harry died instantly, although this has never been positively confirmed. 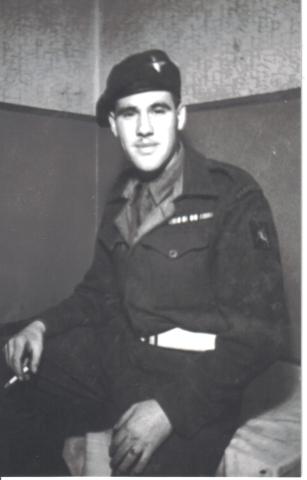