He was part of a cadre of 294 officers and other ranks from the battalion who attended course 26 at RAF Ringway for parachute training in September 1942.

George deployed with the battalion to North Africa in April 1943 and took part in operations in Italy, the South of France and Greece, latterly as Sergeant with 9 Platoon, B Company. On 28 Dec 1944 he was wounded in action in Athens, suffering a shrapnel injury to his thigh, and awarded a Mention in Despatches in February 1945.

Compiled with the assistance of David Scrimgeour 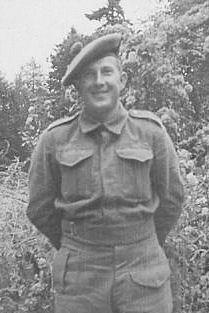